For years, advocates have been organizing to make healthcare access a right for all in California, regardless of their immigration status. Set against the backdrop of California’s Health4All campaign, COVER/AGE follows two leaders who have been championing the immigrant health justice movement in the Golden State. One is an elderly caregiver who has spent over a decade taking care of senior citizens, in spite of being ineligible for the same services she provides. The other is a long-time community advocate who has been organizing directly impacted people towards policy change at the intersection of immigrant, health, and gender justice. As conversations around universal healthcare and single-payer continues to gain momentum at the national level, this film highlights the urgency of expanding healthcare access to undocumented people by centering the unwavering voices of immigrant health justice leaders. 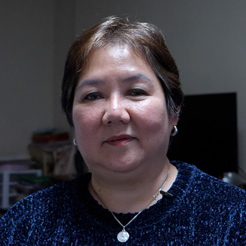 EMMA is a breast cancer survivor and caregiver who has over a decade’s worth of experience serving the elderly and has taken on some of the most heart-wrenching care work with compassion, understanding and patience. Her hard work paid off as she was honored with the Caregiver of the Year award in the Home Care Rising Summit in 2014 and in 2017 received the Outstanding Caregiver award from the agency she worked for. Originally from the Philippines, she is an active worker leader and has organized with domestic workers across the U.S. (many of whom are immigrants) in addition to being a professional home care worker. Emma is a mother and grandmother who enjoys spending her free time eating out with friends, shopping, and video chatting with her family abroad. 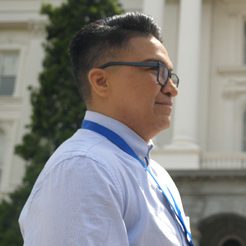 HÉCTOR TRINIDAD PLASCENCIA (they/them/we/us) was raised in La Puente, California by powerful Latina cis-women. As a transgender, undocumented, queer sister, son, daughter, and beloved bridge builder, Héctor’s identities and privileges shape their work and holistic approach to social justice. Grounded in community centered transformation, Héctor is guided by the belief that impacted people must be active in all aspects of movement development and implementation. Their natural progression from immigrant rights organizer to health justice and trans policy advocate led them to center health and healing as focal points of movement building and sustainability. Beyond movement magic, Héctor loves to dance, visit the woods and pays homage to their trans-cestors by continuing to exist.  @hectorplascencia_   @hctr_plascencia 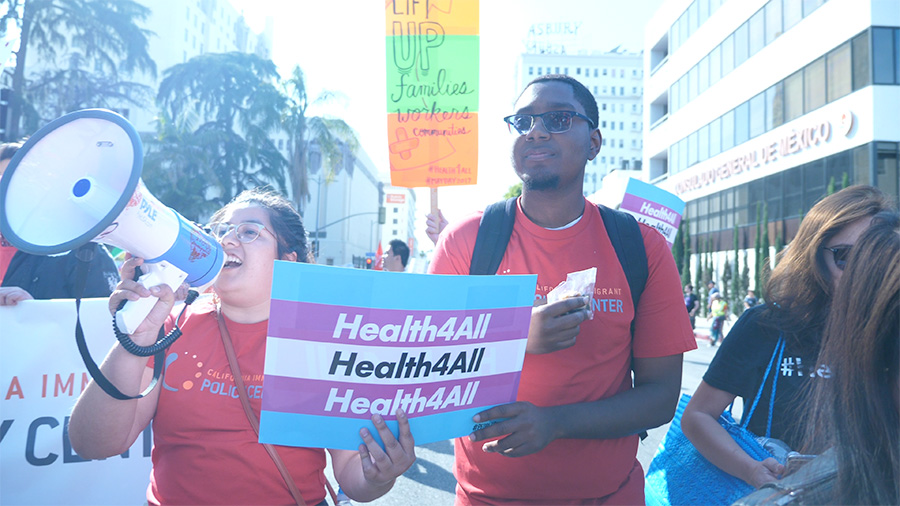 Since 2014, California has reduced its number of uninsured residents from 7 million to 3 million people thanks to implementation of the Affordable Care Act (ACA) and additional state reforms. Despite this progress, the ACA explicitly and unjustly excludes undocumented immigrants from health coverage through federally funded programs, including Medi-Cal. The Health4All Coalition was formed by California Immigrant Policy Center and Health Access California to advocate for removing these exclusions based on immigration status.

The coalition’s years of advocacy have resulted in a number of wins. In 2016 California invested in providing full-scope Medi-Cal to all low-income children, regardless of their immigration status. Since then, “Health4All Kids” has resulted in the successful enrollment of over 250,000 undocumented children in life-saving healthcare. In 2019, Governor Gavin Newsom signed a state budget plan that funded a further expansion of Medi-Cal to include low-income undocumented young adults ages 19-25, which will be effective on January 1, 2020.

However, older undocumented adults—our parents and siblings, friends and neighbors, taxpayers and workers in our economy—remain locked out of comprehensive healthcare, making them the largest population in California with no health insurance. Any effort towards universal coverage, whether in California or nationally, will not be successful until everyone, regardless of status, has access to care.

The #Health4All Campaign continues to champion this cause.

What We Have Accomplished

The fight to expand healthcare access for all, regardless of immigration status and age, continues both in the state of California and at the national level.

Health4All Kids is implemented, eventually leading to over 250,000 children (and counting) enrolled into Medi-Cal.

SB 75 (Lara), aka Health4All Kids, is signed into law, expanding Medi-Cal eligibility for all income-eligible minors ages 18 and younger in California, regardless of immigration status.

Health4All legislation is introduced for the first time in California state legislature.

Affordable Care Act is signed into law, expanding healthcare access for millions of Americans and non-citizens, while excluding undocumented immigrants.

Host a community screening of the film for free and discuss how you can be a part of the immigrant health justice movement. Download the screening guide and discussion guide.
Signup for a Screening

Educators can now bring the film to their classrooms and universities through the following educational distributors.

Cruel policies are putting our, communities and values at risk.

Are you an undocumented senior who has experienced a health condition without access to health care?

Find an organization near you from our Health4All Coalition to learn how to get involved locally.

Directory for free enrollment assistance for Medi-Cal and Covered California

Directory for Community Health Centers that serve patients for free

For any press inquiries about the film, contact Sumeet Bal at sbal@caimmigrant.org

COVER/AGE highlights only two of the many stories within the immigrant health justice movement. This page is dedicated to the many undocumented immigrants we have lost due to an exclusionary healthcare system. We honor their lives and the ways they have impacted our families and communities.